Use of Cannabis (Marijuana) As an Alternative Treatment of Multiple Sclerosis

The federal laws of the United States prohibit the use of marijuana both for recreational and medical purposes. However, over 30 states have passed their own laws regarding cannabis and thus have legalized its medical use. Why does this happen, and why so many people need it to be dispensed from pharmacies? It appears, oftentimes hashish is the best cure for their maladies.

Multiple sclerosis (MS for shortness) is one the most popular indications for medical marijuana. This illness is characterized by the degradation of the myelin sheaths that cover axons.

These lipid-rich insulating sleeves provide faster communication between nerve cells within the central nervous system, aid in transmitting signals from the brain to peripheral organs, and protect the nerve fibers from damage. When this covering stops performing its duties properly, people suffer from various symptoms, including problems with cognition, movements, behavior, etc.

The causes, as well as the cure for this disease, have not been discovered yet. Medications that are currently available do not bring any significant improvement, yet have numerous side effects. Cannabis seems to have several advantages over more traditional drugs. MS patients report that it deals better with pain and spasms, mitigates fatigue, prevents vision loss, and improves mobility. You may wonder if it really helps, or simply makes people high and forget about their miseries. Herein, we will tell you about the users’ experiences and provide the scientific basis of marijuana’s potential to become an alternative medication for MS.

Use of Marijuana in Medical Practice

California is one of those states where cannabis is legal both for recreational and medical purposes. Doctors there say that the vast majority of people who ask for a script for medical cannabis complain of severe pains. They can be due to migraines, oncology diseases, glaucoma, or some nervous conditions. People in states where medical marijuana is legalized can get a so called “cannabis card.” It is an ID that allows its holders to buy, possess, and grow weed. Obviously, to get it you must have a doctor’s prescription.

Your physician may consider medical cannabis in the following cases:

Other FDA approved medications based on cannabinoids are Marinol and Cesamet, as they are used as antiemetics and appetite enhancers. The methods of marijuana’s administration include smoking, vaporizing, and taking it orally in the form of liquid extracts, or as a dietary supplement (e.g. added to sweets).

Cannabis contains over 60 chemical compounds of the cannabinoid family. Two of them seem to exert the main impact on the human organism; they are CBD, we have already mentioned it, and tetrahydrocannabinol, shortened to THC. They act through the naturally occurring cannabinoid receptors types one and two (commonly known as CB1 and CB2). Naturally, these compounds are targeted by anandamide, a neurotransmitter that resembles THC and CBD by its chemical structure. The former, by the way, is to blame for the “high” and “stoned” feelings when smoking marijuana.

When the active cannabinoids bind and activate CB1 and CB2, they produce the following effects: 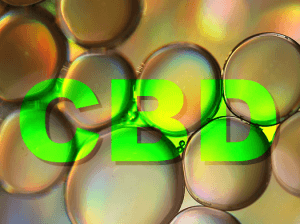 Thus, marijuana triggers numerous processes throughout the entire body, not only in the brain. Some of them have become the subjects of scientific research.

The benefits and actions of cannabis have been studied for centuries. Clinicians all over the world have tried to reveal its curative capacities, hoping to employ them in various spheres of medicine in the future. Here are some recent example of clinical studies of medical marijuana:

Still, researchers usually conclude their publications with the common thought that the available evidence is not enough and the further research is needed. What about the patients, what do they say about medical cannabis, and are there any reliable and valid positive reports from those who have tried this remedy? Let’s review real people’s experiences.

How Can Cannabis Help with Multiple Sclerosis

The only way to understand how cannabis helps individuals combat MS and its symptoms is to ask them what they think about it. Researchers from two American universities in Rochester, NY, and Gainesville, FL, did exactly that. They asked patients to complete the survey and share their own opinion on the effectiveness of cannabis for MS symptoms. Fourteen people gave their answers, and eleven of them claimed that marijuana reduced their pain and spasms with little to no side effects.

Which Symptoms of MS Does It Really Reduce? 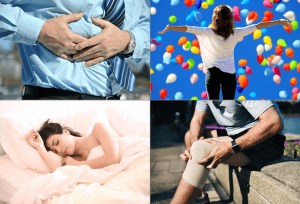 Another clinical research conducted by doctors from the Dent Neurologic Institute, New York, showed that patients who took cannabinoids felt much better and decreased the consumption of other drugs, such as opioids, sedatives, and muscle relaxants. This study comprised 77 MS patients, and they were administered the oral and vapor forms of the drug to manage different symptoms of the disease. After approximately a year of marijuana consumption, the subjects reported on the following changes in their conditions:

The main risk of cannabis is that it is still poorly studied. People are not aware of its effects, including the adverse reactions of the body to its active constituents. Meanwhile, doctors continue measuring marijuana’s costs and benefits. Some of them claim that the side effects are too dangerous, and it is better to stick to traditional well-studied drugs. Others reply, that the efficacy of cannabis is much greater than that of the known pills and potions. Let’s see what are the possible side effects of cannabinoids:

Most commonly, cannabis does not pose any danger to your health, but this is only if you adhere to your doctor’s recommendations and do not abuse or overdose the drug.

The statistics says that younger marijuana smokers are more prone to developing an addiction to the drug. Less than 10% of adult people become addicted, while this number increases up to 17% in youngsters. Still, as you can see, the majority of individuals who use cannabis have nothing to worry about. This does not mean, though, that if you have a marijuana card, you can smoke it just for fun. Frequent recreational use of cannabis is the shortest way to addiction, so you should take it as a medication only.

Are There Any Patients Who Tried Cannabis to Overcome MS? 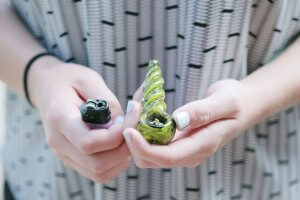 Yes, and it appears that as much as two-thirds of MS patients use cannabis individually to manage their illness. Scientists from the Colorado State University investigated the use of cannabis in patients with neurological diseases. They placed an anonymous questionnaire on the web where they gathered demographic and medical information. More specifically, people had to answer the questions about their own experience of using cannabis. 595 individuals filled out the survey, and most of them asserted that marijuana helped them feel better and reduced their intake of other drugs. The current cannabis users were people of a younger age who were not obese, not addicted, and had no disabilities.

The similar research of the Rocky Mountain Multiple Sclerosis Center gave the following statistics: more than half of people who took part in the examination said that cannabis might be useful for MS treatment, and only 8% answered that it can be dangerous. A quarter of respondents told that they were already using cannabis, and 71% of participants planned to use it in the future. The main reason for hesitation was the illegal status of marijuana and poor awareness of its effects.

How to Take Medical Marijuana Safely?

When you use the psychoactive drugs, the best policy is to ask your healthcare provider about the best rates and methods of administration, and follow these instructions strictly. When it comes to marijuana, remember, that there is no enough data about how it affects your body or if it can cause some severe diseases, e.g. cancer. There are no commonly accepted standards for its quality, purity, strength, etc. This is why it is highly not recommended that you use it without a doctor’s advice.

A medical professional specialist would hardly prescribe cannabis to a person with any kind of heart disease, history of strokes and heart attacks, or psychiatric problems. Kids, breastfeeding mothers, and pregnant women cannot use it, either. To make a long story short, only people with a legal cannabis card can take the drug for medical purposes. As for the forms of marijuana and its derivatives, they all seem equally effective, but smoking can be harmful for the lungs. This is why some doctors suggest that it should be taken orally, as a spray or a tablet.

Poor legislation on this matter and the unwillingness of the FDA to approve cannabis for any medical use are still the factors that impede the acknowledgment and acceptance of the drug by clinicians and patients. However, the situation is changing, and in the near future marijuana may take its place among the certified remedies for numerous health conditions. At least, the experience of MS patients who tried this medication shows that medical and state authorities should hurry up with their positive decisions. 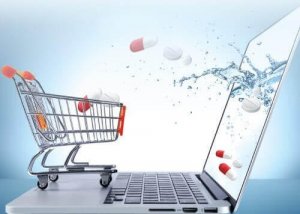 Meanwhile, those who do not have medical marijuana card need an effective and safe remedy for MS symptoms. Fatigue is one of the most prevalent signs of the disease, and 80% of patients with multiple sclerosis have problems with wakefulness. It is a huge problem for those who want to stay active and useful for their families and society. Excessive sleepiness and tiredness interrupt the normal daytime activities, rendering a full and integral life impossible.

ModafinilXL online drugstore offers the best cures for this ailment, the well-known eugeroics Provigil and Nuvigil. The working ingredients of these tablets, modafinil and armodafinil respectively, increase the level of dopamine in the brain, thus making it work more productively. They alleviate mind fog and fatigue, as well as increase concentration, motivation, and overall cognition. Lots of MS patients take Provigil off-label to manage the symptoms of their illness.

In ModafinilXL you can buy generic Provigil and Nuvigil, as well as the other drugs that contain modafinil and armodafinil, over-the-counter for a surprisingly low price. We assure you that the quality of our medicines is still high. You can try the freebies available on our website, or place an order for more than 80 dollars — this way the shipping is free. In addition, you can save 20% of your costs if you pay with bitcoins. You can find more information about our payment methods and bonuses on the website ModafinilXL.