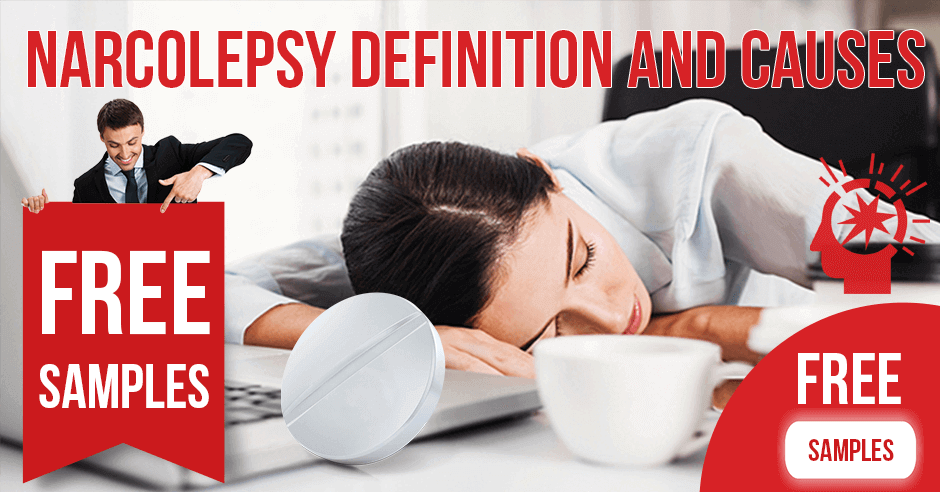 Narcolepsy is a sleep disorder that causes drowsiness, sleep attacks, and physical collapse. Be prepared, and learn the forms, causes, side effects and dangers associated with this disease. Protect yourself and your family.

Narcolepsy has a dual origin originating from the Greek word «narke», which means numbness, and the English word epilepsy. Some may only have slight drowsiness and can function in everyday life. Those with narcolepsy are said to be more susceptible to relaxing situations, something as simple as sitting on a couch could make them fall asleep.
Some patients find relief from the use of modern medicines. Thanks to this, they feel more confident and live a full life.
Content:

Narcolepsy is a sleeping disorder characterized by extreme sleepiness and drowsiness in the day. The dictionary definition for narcolepsy description it as an incurable sleeping disorder whose severity varies from person to person. Hence the word narcolepsy. Some people tend to fall asleep even when they are just slightly relaxed. Relaxation causes some narcoleptics to fall asleep suddenly. In the medical field, they call this a sleep attack. Narcolepsy can be very dangerous because approximately seventy percent of patients with narcolepsy also have cataplexy. Learn more about narcolepsy so you can recognize the signs and symptoms. Narcolepsy symptom list:

Are There Different Forms of Narcolepsy?

As with many diseases, there are different types of narcolepsy. In this case, however, it can be narrowed down to two main forms: one with cataplexy, and one without cataplexy. Narcoleptics without cataplexy are rare, and the cause is still unknown. Since they don’t experience muscle weakness, it is less dangerous and the milder of the two.

Cataplexy is when a strong emotion, like laughter, causes a person to lose muscle control and collapse. Meaning all of the person’s muscles, the face, arms, legs, and chest, can be affected causing delayed motion, slurred or staggered speech, and even the complete inability to move one’s body.

An attack of cataplexy can look similar to passing out because they are both brought on by bouts of extreme emotion. The severity of a cataplexy attack can also vary significantly.

Sometimes it will show itself as a brief tingling feeling, numbness or weakness in the muscles. Other times it can cause a person’s entire body to collapse. It could take seconds to minutes for the person to regain control of their body.

The details of secondary narcolepsy are not widely known. This very rare type of narcolepsy can cause hallucinations, physical weakness or muscle collapse, seizure, stroke, or even result in death.

Secondary narcolepsy is the product of an extreme infection that caused irreparable damage to the hypothalamus section of the brain. In this case, the hypothalamus cannot send the correct nerve signals because the brain is too damaged to function. This misfire sends signals of sleepiness and could cause sudden sleep attacks, seizure, and even cessation of full motor control. It is always dangerous for a person with narcolepsy because they can lose muscle control and collapse at any time.

The secret of the cause of narcolepsy was only partially revealed at the end of the 20th century. The whole fault is the structure of the brain, responsible for changing the fast and slow phase of sleep. In our brain, thousands of chemical reactions pass every second. Neurotransmitters are substances that transmit the nerve impulse from one cell to another.

The neuromediator responsible for wakefulness was called orexin. It is the lack of orexin that provokes narcolepsy.

Narcolepsy is usually hereditary. Often there will be documentation of this disorder in adults of the family. In rare instances, narcolepsy has resulted from severe trauma to the brain caused by an extreme bacterial infection which is more common in elderly and in adults.

Other reasons for the reduction of orexin include:

What part of the brain does narcolepsy affect? In a human brain, the narcolepsy cause is in the hypothalamus, a large section in the forebrain. This section of the brain coordinates the autonomic nervous system. In adults, it controls many essential body functions like hunger, thirst and moderating body temperature. It is a fundamental component for our motor skills to work correctly.

What Type of Doctor Treats Narcolepsy?

Many people wonder what kind of doctor treats this disease. A neurologist is usually the doctor to help treat this disease.

Since the disorder itself is neurological, a specialist in the medical field can contribute their expertise to give you a full physical exam and rule out the possibility of secondary narcolepsy. From there they can assess the severity of the particular case, and prescribe medications to help. A lot can change with the support of a responsible neurologist. With the right treatment, a narcoleptic can relieve stress and lead a considerably normal and happy life. Narcolepsy statistical chart:

In the online pharmacy ModafinilXL you can buy such pills as Modalert, which were designed specifically as a medicine to help people with sleep problems improve cognitive function and help maintain a healthy sleep cycle.