Artvigil also treats individuals with sleep disorders, and like Armodafinil, it is of a higher potency so you only have to take 150 mg of the drug, as compared to the 200 mg of Modafinil. The benefits of Artvigil are identical to that of Armodafinil.

Armodafinil VS Modafinil, Adrafinil, Nuvigil and Other Drugs

Armodafinil comparison chart: VS Modafinil, Adrafinil, Nuvigil and other drugs. What are the differences, similarities and benefits?

Armodafinil’s classification is as a nootropic drug, and it is used to increase wakefulness and alertness, resulting in an overall enhancement in mental performance.
Content:

Armodafinil is currently being sold as a prescription drug under the brand names Waklert and Nuvigil.

It has had approval by the United States’ Food And Drug Administration (FDA) since 2007.  FDA approval confirms that the brands are safe, legal and completely effective in treating a wealth of sleeping disorders, as well as other positive benefits such as an increase in cognitive skills.

Before considering taking Armodafinil, please consult your doctor or health care physician to see if Armodafinil is right for you. Prior to use be sure to reread the prescribing information and check it with the doctor’s instructions. Armodafinil has some rare health risks and side effects that could affect you, so please see the details below.

Armodafinil is a powerful wakefulness enhancer that is used primarily in treating patients who suffer from irregular sleeping patterns or any number of sleeping disorders, most notably:

It is also used to treat individuals who suffer from excessive daytime fatigue or those who need an increase in alertness during a work shift.

Side Effects of Armodafinil

Armodafinil has little to no side effects in the average user, but side effects have been known to occur in some users, such as dizziness, headache, nausea, or trouble sleeping. For a more comprehensive list of known possible side effects, see the list below:

Armodafinil is known to also have more severe side effects, although instances of these are rare. If you notice symptoms of one or more diseases from the list, stop taking Armodafinil and immediately contact the doctor: 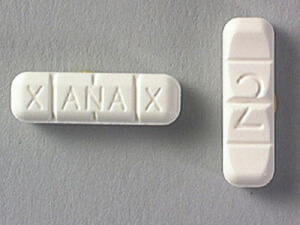 More side effects may occur than what is listed, so contact your health care provider or your doctor for a complete list of potential side effects.

If you plan on taking Xanax to treat anxiety while on Armodafinil, consult a doctor or health care physician to see if they are compatible.

If you plan on taking Tramadol to treat any pain, whether moderate or severe, consult a doctor or health care physician while on Armodafinil to see if they are compatible.

Armodafinil is a derivative of Modafinil, with similar properties, but Armodafinil comes at a much higher potency rate, so you only need to take less of it to achieve similar results. The main factor in comparing the two is potency. Some users prefer the lower potency rate, while others prefer it higher.

Modafinil is of a lower potency and does not require a prescription, so it can be obtained over the counter (OTC). It fights sleeping disorders like narcolepsy and obstructive sleep apnea and helps normalize sleeping patterns while boosting wakefulness during the day without the feeling of constant fatigue. Modafinil can dramatically improve your focus and helps users become more productive in their day to day routine.

Increased fluidity of thought is also one of the benefits of taking Modafinil, and ordinary routines like reading and writing on average use less effort. Higher rates of retention, memory recall, and mental connections have been proven higher when taking the drug.

Armodafinil also normalizes and stabilizes your sleeping patterns. You will not experience any drop off of in its effectiveness, and your sleep cycle will not be affected. You’ll still be able to wake up at your normal time. Unlike Modafinil, which disrupts sleeping patterns and keeps you awake 5-10 hours after ingesting, Armodafinil allows you to keep your sleep cycle intact, and provide the wakefulness needed to survive the day. 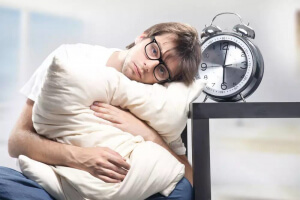 Armodafinil (commonly known as Nuvigil) and Modafinil (commonly known as Provigil) are both classified as non-amphetamine drugs with the same purpose of treating sleeping disorders and keeping users who suffer from chronic fatigue to stay active. Initially Modafinil was solely used to treat narcolepsy, but soon became used for enhancing performance in individuals. This led to the restructuring of the drug to become Armodafinil (also known as Waklert), and as a result contained higher concentrations of plasma to be maintained in the body throughout the day. Here is an overview of the two drugs:

Differences in Mechanisms and Actions 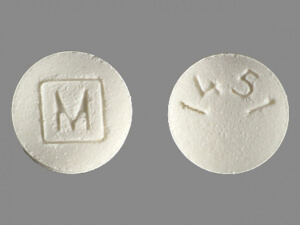 The two drugs are very similar, but there are significant differences in the mechanisms of action. The effect of the drug is regulated by the presence and dosage of the active and auxiliary components.

The principle of operation Armodafinil is based on the inhibition of reuptake of dopamine. The substance affects the concentration of neurotransmitters in the hypothalamus. The level of histamine, serotonin and noradrenaline increase to the highest possible value. It also activates orexin peptides by stimulating orexin receptors. Also, the substance stimulates orexin receptors through orexin peptides.

Modafinil acts on a different principle. The drug slows the reabsorption of dopamine and the histamine level in the hypothalamus, on the contrary, increases. Composite levels of norepinephrine and serotonin are also undergoing change. The concentration of neurotransmitter is gradually increasing, that helps to activate the orexin peptides.

The mechanism of action is not the only difference between drugs. Modafinil belongs to the group of generic medications and is available in the dosage of 100 mg and 200 mg. Armodafinil comes to the market in such dosages of 50 mg, 150 mg, 200 mg, 250 mg. The half-life of Modafinil is 12 hours, and the rate of Armodafinil increased to 15 hours.

The duration of effect after administration of Armodafinil is 8 hours. Modafinil can operate from 6 to 12 hours. The interval depends on the characteristics of the organism, its sensitivity to medication. Modafinil is effective in such diseases:

After the therapeutic course, many patients have noticed weight loss. Armodafinil is recommended in case of serious sleep disorders. Also, the drug protects the body from the negative effects of schizophrenia.

Adrafinil is designed to work on the central nervous system of the brain. It is legal in the United States and boasts the following benefits:

The following are the main differences between Armodafinil and Adrafinil:

Waklert is very similar to Armodafinil in composition and effects but is made in India. This drug is a modified version of Modafinil and is considered to be twice as strong. Only a small portion of Waklert is needed to reach its desired effects.

Is Caffeine Better Than Armodafinil?

Caffeine has many side effects, and an excess of caffeine can lead to the following health issues:

Some users prefer to take caffeine to help stay awake and keep focused, due to it being labeled as a naturally occurring stimulant found in trees and plants. Armodafinil is very similar effects to caffeine, although Armodafinil is more potent and effective than caffeine.

Its effects are immediately noticeable after ingesting and delivers a powerful feeling of wakefulness, comparable to a large dose of caffeine.

But unlike caffeine, Armodafinil does not cause the jitters, nervousness or anxiety, and does not contribute to an increase of blood pressure or pulse rate.

Artvigil also treats individuals with sleep disorders, and like Armodafinil, it is of a higher potency so you only have to take 150 mg of the drug, as compared to the 200 mg of Modafinil. The benefits of Artvigil are identical to that of Armodafinil, as well as the same side effects: headaches, nausea, dizziness and insomnia. It is not addictive or habit-forming, and its side effects are limited.

When treating ADHD in adults or narcolepsy, Adderall is an alternative to Armodafinil. Composition of Aderall includes a combination of amphetamine and dextroamphetamine. These components are powerful Central nervous system stimulants. Stimulants are changing the chemical composition of the brain and nerves. The change of structure may lead to hyperactivity, easy excitability and controlled impulsive behavior. There are more associated health risks that can occur if you take Adderall, especially if you suffer from glaucoma, overactive thyroid, severe agitation, moderate to severe high blood pressure, heart disease or coronary artery disease, or a history of drug or alcohol addiction.