Home > Smart Drugs > Celebrities Who Use Modafinil and Nootropics Celebrities Who Use Modafinil and Nootropics

Famous people sometimes seem quite special, with no weaknesses or troubles. In fact, many of them do not cope with their tasks without the use of nootropics, which are taken to strengthen the brain. Let’s find out which famous people have used these medicines.

Nootropics are drugs that are often used not only to treat hypersomnia and sleep disorders, but also to work better to successfully meet deadlines, to better memorize a large amount of information during studies, and to qualitatively and intensively prepare for exams.

Problems with their schedules and overly difficult mental work – these are problems that both ordinary people and celebrities face. A lot of famous people use nootropics for more successful and productive work and they don’t hide it.

What Are Nootropics (Smart Drugs)?

Nootropics, also called “smart drugs,” are used to improve brain activity, as well as increase concentration, attention, and memory. They are often used to normalize mental activity during the transition from day to night, and they are prescribed to treat hypersomnia – the syndrome of spontaneously falling asleep.

Sometimes, nootropics are used without a doctor’s recommendation. What do these medicines do? The list of their advantages is quite large: 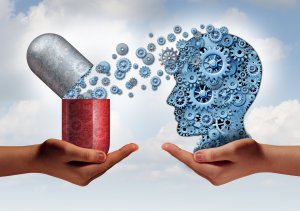 Despite the fact that nootropics have contraindications (not many) and cause side effects (sometimes), their popularity is very high. You can buy these medicines in the pharmacy freely and without a doctor’s prescription, but it is important to take into account some risks.

If you really appreciate the benefits of Modafinil and other drugs that are similar to it, you may be interested in knowing that there are many celebrities who use modafinil and other nootropics. Some of them do not hide the fact that they take “smart pills,” and some were caught red-handed.

Joe Rogan is a martial arts master, comedian, TV presenter, and sports commentator. He does not hide his use of nootropics. Joe even described what he felt while taking Modafinil. In his words, the effect of the drug is much stronger than coffee, and it gives him energy and improves his concentration. The comedian said that the effect of the drug in his case lasts about six hours. All this was explained by him in a podcast episode with Tim Ferris.

Doctors say that modafinil operates for about 12 hours, but still, there are people like Joe Rogan whose effect lasts only half the time. The use of “smart drugs” is beneficial to him, and allows Joe to engage in various scopes of activity.

Dave Asprey is an American businessman and entrepreneur, author of the best-selling New York Times Bulletproof Diet, and creator of Bulletproof Coffee. He spent more than ten years to thoroughly study his own biology and change his life for the better. Dave Asprey increased his IQ by 20 points and lost 100 pounds without a hard count of calories, as well as learned how to get enough sleep in a little time. Dave became famous thanks to his Bulletproof Coffee and he is one of those people who does not hide his nootropic intake. Dave Asprey has been using Modafinil for over eight years and is very pleased with the result. He uses the medicine every day, something he first started doing to get rid of “brain fog” while working on his book. The billionaire claims that due to modafinil his work capacity was significantly increased, and he feels wonderful. 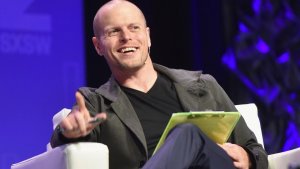 Tim (Timothy) Ferris is an American speaker, writer, and investor. He became famous for his book “The 4-Hour Workweek: Escape 9-5, Live Anywhere, and Join the New Rich”, which became a bestseller in 2007. Tim Ferris works effectively through the Internet to teach people. He explains how to avoid overloading with information, and he encourages the involvement of assistants from developing countries.

The writer never concealed the fact that he resorted to the help of nootropics in order to make his work more efficient. He uses Modafinil when he needs to perform a large amount of work or process a large amount of information. Tim Ferris emphasizes that he uses Modafinil sometimes to combat drowsiness, but he does not use nootropics all the time.

From time to time, there were rumors that Barack Obama, while he lived in the White House, was taken Provigil. This is a nootropic, one of Modafinil’s analogs. At the time when Barack Obama was acting president, in medical insurance, there were a certain classified means. Some doctors believe that it was a nootropic, which helped the former president to quickly get involved in work and effectively perform his duties. Nootropics are especially relevant for people who often make trips and change time zones.

Lisa Shives from Illinois, director of the Northshore Sleep Medicine in Evanston, said the president was taking medications that would help him wake up, although he did not publicize this information. It is possible that this secret drug was Provigil.

Barry Bonds is an American baseball player (in the past), who played in the baseball Major League for 22 seasons. He is considered the best player in baseball of all time. Barry Bonds is direct proof that nootropics improve all thought processes, including those that are needed in sports games. Although the athlete himself did not confirm that he was taking medicines, there are documents proving that he was taking steroids and Modafinil. This information was not totally confirmed, but many doctors are confident of the use of nootropics by Barry. This drug improved the work of his brain during the game, allowing increased focus, and permitted him to quickly make decisions with perfect control of his movements. 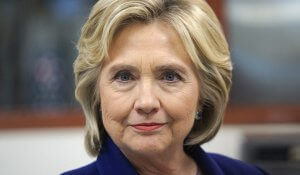 Hillary Clinton never confirmed that she takes nootropics. Despite this, many of her colleagues and doctors suspected that she was using these drugs. Numerous political stresses and difficult situations, especially in conditions of fierce competition, can cause insomnia, daytime sleepiness, and worsen brain work. That is why many politicians resort to nootropics. There are documents in which her personal doctor was asked to carefully study Provigil. This was in 2011. Many people also believe that she used nootropics in 2016 during the elections in order to cope with stress, be able to perceive a huge amount of information, and avoid fatigue.

In 2003, the famous American runner of 100 and 200 meters was deprived of two gold medals. The reason for this was a test which showed the presence of modafinil in her body. At that time Modafinil was considered a weak stimulant, so Kelly White was not disqualified. The following year, the drug became banned and was considered doping. Kelly White claims that she took Modafinil to treat narcolepsy, which affects all her family. Modafinil not only treats narcolepsy, but can also be really useful during physical exertion – it improves the coordination of movements and increases the speed of mental and emotional recovery, which allows achieving the better results in sport. For this reason, this drug was considered to be doping.

Where to Buy Safe Nootropics Over-the-Counter? 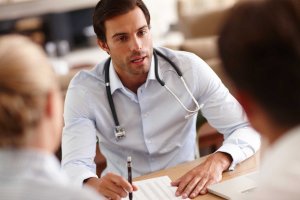 A lot of people, including famous ones, take nootropics for treatment or recreational purposes. These drugs are safe and very effective if taken according to instructions and after prior consultation with a doctor. It is also very important to buy a high-quality drug from a proven pharmacy, in order to avoid buying a fake. The ModafinilXL online pharmacy allows you to buy Modafinil, Armodafinil, Provigil, and other nootropics at a very good price. All of our medicines are high-quality and very effective, and they will help you in the fight against sleep disorders, while also making work or study much more productive. We offer convenient and fast delivery, bonuses for regular customers, and a discount (20%) for those who pay for goods with bitcoins.

At ModafinilXL pharmacy, you can buy the drug you need without a prescription and without standing in line. Make sure that you have no contraindications for use – this will be a pledge to the safe use of nootropics.