Home > Depression > Use of Marijuana (Cannabis) for Treating Bipolar Disorder 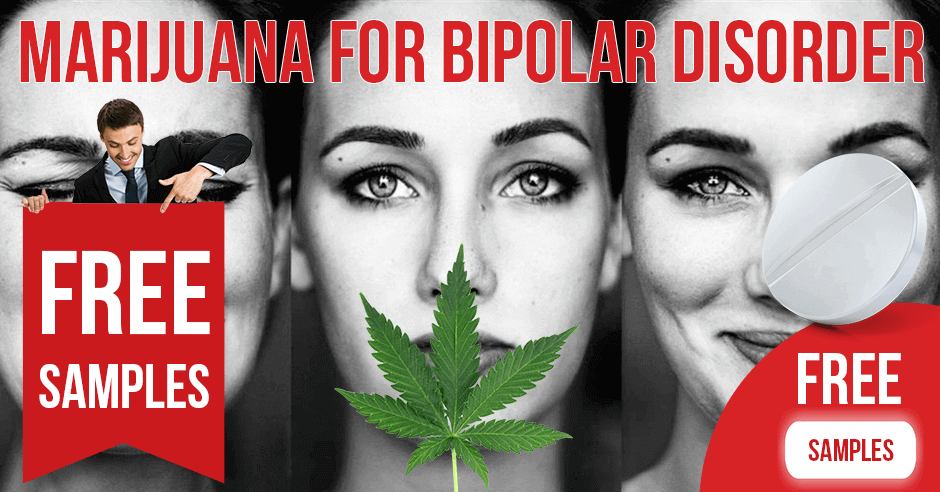 Use of Marijuana (Cannabis) for Treating Bipolar Disorder

Marijuana is used by 25-45% of people who have bipolar disorder. In some states, cannabis is the recommended treatment for psychiatric illnesses, and most patients actually benefit from the use of this plant. However, recent research has determined that marijuana can hardly result in any remission in bipolar disorder and can result even in the tragic outcome.

Marijuana is a very popular drug. For medical treatment, it has become legal in 23 US states. While in Washington, Colorado, Alaska and Oregon, it can be legally consumed for recreational use as well. Its usefulness for mental disorders is still an open question and depends on various factors.

It can be used as a potential remedy to ease bipolar disorder symptoms, but only under certain conditions.

Cannabis is used to cure numerous maladies, some with great success. Most therapists even change their stance in favor of this plant. It is relatively safe and can be manufactured at a low cost and high quality for consumers. So where is the catch?

Marijuana is made from the cannabis plant. Its dried leaves, seeds, and stems are eaten, smoked and vaped. This plant contains cannabinoids, ingredients that include delta-9-tetrahydrocannabinol (THC). This chemical makes people feel “high” and relieves certain symptoms in patients with chronic diseases.

Cannabis helps to cure such conditions as:

Consuming marijuana reduces the side effects of certain cancer types.

There are also medicines available on the market that comprise a component similar to cannabinoids – cannabidiol (CBD), which doesn’t induce high feelings in users. This substance is the second most common cannabinoid found in cannabis. CBD is used for treating epilepsy.

Bipolar disorder is a mental health disease. Its name has come due to the fact that affected people usually used to swing between two extreme poles of emotions: depression and mania. They both are unusually strong and cause damaging mood changes, and what is worse – unpredictable. As a rule, these patients usually experience the symptoms of psychosis as well, which include:

Such switching between these lows and highs greatly affects a person’s ability to live and function. Unfortunately, no treatment exists for bipolar disorder, but certain therapies can help in everyday life. 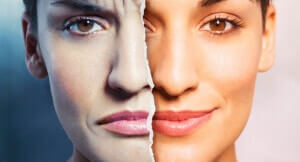 This illness is also called manic-depressive because it involves periods of extreme fatigue, low mood and hopelessness (depression) with periods of ecstasy and high energy (mania). This disease manifests in 4 varieties, with 2 of them as most typical ones:

The third and the fourth categories are less common and include the manifestation of the disease in a less cut way than the previous two.

Marijuana is a well-known depressant, which provides sedative effects and slows down certain processes in a human body. It can intensify negative symptoms in patients who suffer from depression and increase the problem by accelerating mental fog and numbness in users.

Mania is opposite to depression. Cannabis significantly diminishes the manic symptoms, but it can cause addiction. Here is the risk.

Researchers are now looking for effective and safe treatment options for bipolar disorder. As marijuana is still in the list of remedies to improve patient’s condition, let’s analyze all the pros and cons of its use in people.

As cannabis produces effects that relieve anxiety, it improves moods in people with bipolar disorder. Numerous studies have proved that it causes no harmful mental impairment in patients. Criticism around marijuana use and its influence on memory and thinking was groundless. Another research states that the plant promotes a positive outlook in patients.

It is necessary to keep in mind that marijuana affects each individual differently. Its benefits don’t produce the same result for everyone. In some users, it can make the health condition worse and cause manic episodes. It may provoke suicide attempts in patients. Besides, people who consume marijuana are more likely to develop bipolar disorder than those who don’t use it.

Helping some patients with the diseases, it can arise problems for others with the same condition. 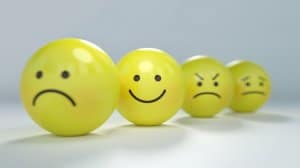 A number of medical therapies have reinforced the beneficial effects of cannabis, but its interaction with bipolar disorder is considered both advantageous and detrimental. It is associated with historical connotations when marijuana was devoid of medical benefit, and due to illicit nature of the plant.

Human trials show that marijuana causes short-term mood elevation in bipolar disorder patients. At first, it relieves depression and anxiety. The cannabinoids affect receptors in amygdalae, the brain part that regulates anxiety levels. In amygdalae, marijuana reduces excitatory signals and diminishes anxiety. Patients calm down and experience some kind of relief. Unfortunately, over time, these receptors wear down, and anxiety will increase.

Long-term drug use shows several negative reactions. Producing elevation effects, cannabis can trigger manic symptoms in patients. It can also initiate psychosis and increase mixed states causing depressive episodes. These episodes are especially strong in women because they are generally more prone to be diagnosed with bipolar disorder or depression. They are more likely to get addicted to marijuana use.

The remission rates by bipolar disorder for regular marijuana users are lower compared to people who don’t consume this plant. The use of cannabis is associated with psychotic features and doubles the risk of getting schizophrenia.

Marijuana also affects the patient’s response to medications. If it is coadministered with mood-stabilizers, the outcome is worse than after taking the medicines separately. It is not known what causes this negative outcome because cannabis doesn’t induce dangerous drug interactions. The problem may be linked to neural responses.

Consumed at an early age or habitually, the plant may trigger alterations in the brain functions (decrease intellectual capacity, change brain development, etc.).

None of all studies proves the fact that marijuana causes these problems in individuals with bipolar disorder, but there is an interconnection between cannabis use and problems. Pay attention to this factor, when you decide to use cannabis or not.

How Do Genes Influence Results of Treatment? 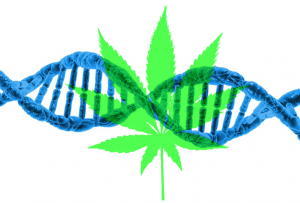 Scientists have found a correlation between the use of marijuana and users’ genetics. People who carry certain gene types are apt to experience psychosis. The risk is even higher if they consume cannabis. These 35 genes are also responsible for tobacco dependence, alcohol abuse, ADHD, depression, autism and bipolar disorder.

Marijuana is a commonly used psychoactive substance, and its consumption is linked to various negative mental outcomes, including schizophrenia. Cannabis itself can be harmless for users, but 1 out of 10 recreational users will surely get addicted to it.

If you have bipolar disorder and consider using cannabis, discuss with your therapist a possibility of testing to determine any genetic variations.

Further research is required to specify the connection between cannabis use and bipolar disorder, and how they are affected by genetic vulnerability.

How to Use Marijuana Correctly?

Talking about healing methods of bipolar disorder with cannabis, we should consider the difference between various methods of marijuana consumption. Patients who smoke cannabis concentrates, which contain abnormally high levels of THC, will experience more negative reactions than those people who smoke CBD rich strains of cannabis flower. THC may cause paranoia and excessive anxiety in consumers, while CBD (also known as medical cannabinoid) mediates the adverse effects of psychotropic symptoms. It is also important to determine the type of the strain – indica, sativa or hybrid. They all are subspecies of cannabis but have different effects on consumers.

Smoking is a common method of using medical marijuana, but it is not advised. Smoke contains the same dangerous chemicals as cigarette smoke and causes all associated risks.

CBD can be administered in a number of ways. Some patients use oils rich in CBD and take it orally by a dropper. You may also add the oils to drinks or food.

Vaporizing has become a popular method to deliver medical cannabis. These tools are specifically designed to extract the cannabinoids without combusting the plant. It allows consumers to avoid health risks related to ordinary smoking.

Edibles are one more way to consume cannabis. They are cooked with cannabis oils or butter and infuse a snack or meal with cannabinoids.

As marijuana has been found to ease certain symptoms of psychiatric disorders, scientists have no evidence that the use of cannabis can cause any mental illnesses. The effect of cannabis depends on the peculiarities of the disease, patient’s age, weight, smoking habits and other factors.

Cannabinoids are beneficial in treating bipolar disorders and cause encouraging mood-stabilizing effects. The negative result is possible in patients with bipolar type two disorder and heredity genes. 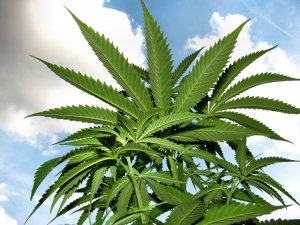 The consumption of any drug presupposes certain side effects and risks, and marijuana is not an exception. Cannabis is considered the most commonly abused medicine among people with bipolar disorder. 70% of such individuals have lifelong use of cannabis, and 30% have comorbidity of cannabis dependence and abuse.

Besides, the risk of getting psychotic disorders increases and depends on the intensity and frequency of cannabis use. Marijuana is known as a psychotogenic drug, but most users don’t develop psychosis. Among those who do, there is a higher risk of converting it to bipolar disorder or schizophrenia. It is a common thing to see people with bipolar disorder relapse into mania after recent use of cannabis.

The use of this plant presents certain challenges in treating patients, especially taking into account an increasing number of US states that legalize cannabis. Self-medication with marijuana is 4 points higher among people living in these states. If you plan using cannabis to self-medicate for bipolar disorder, remember that you run the risk of getting the second diagnosis: drug abuse.

Being incredibly obstructive to everyone’s daily routine, bipolar disorder is now treated by psychotherapy and pharmaceutical drugs. Its relationship with cannabis is up for debate. Some studies identify positive therapeutic uses of cannabinoids, while others have reported side effects, such as suicidal thoughts. 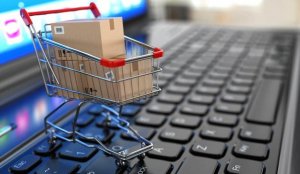 The reason is that actual mechanisms, causes and nature of bipolar disorder are not fully studied and understood, the same matters cannabis. Further thorough research is required on marijuana’s effects. Maybe its ability to help depends on a number of moments left unconsidered. Treating bipolar disorder with cannabis is a gamble, where each patient reacts to the substance differently.

What we do know is that cannabis is not as effective as prescribed medicines that can manage the symptoms of bipolar disorder. Do not risk it. A number of effective drugs used to treat this ailment are offered at ModafinilXL. All modafinil-containing tablets eliminate the symptoms of this condition with no harm to your health or fear of addiction. Modalert, Modvigil, Modafresh, Waklert and other powerful generic medicines are the keys to future mental healthcare.