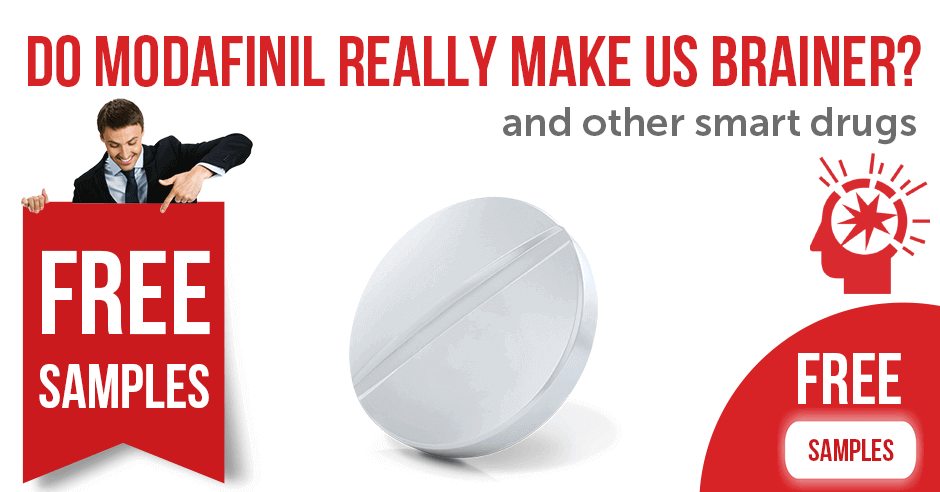 It sounds too good to be true. Take a Modafinil pill, and basically become superhuman, cognitively. TV and film have seen this scenario play out in the 2011 film Limitless, starring Bradley Cooper, and the subsequent nationally broadcast television show of the same name.

The film chronicles a writer, played by Cooper, who uses an experimental drug, in the form of a pill, that allows his mind to function at 100% capacity. Once exposed to the drug, known as NZT-48, the character is transformed from a disorderly, basically indifferent person to an ultra-focused machine achieving success, fame and everything that comes with it along the way.

Limitless never claimed to be “based on a true story,” but is it possible that it could have been? Is society at a point in history where pills similar to NZT-48 are a reality? It very well could be. Existing drugs, in pill form, show effects of enhanced concentration and improvements in memory when ingested. The cognitive effects of these drugs has given birth to the phrase “smart drugs.”

One such smart drug, known as pure Modafinil, is rising in use among students in the United Kingdom to help with the pressures of general studies, and exams in particular. Originally developed as a possible narcolepsy (severe drowsiness and sleep issues) treatment, the effects of increased levels or attentiveness and focus make Modafinil a well-liked drug among many different factions.

Although buying Modafinil online is becoming more widespread, to this point research on the drug is limited. However, drugs that offer similar effects, including stimulants Ritalin and Adderall, have been found to be in use among 17% of U.S. college students. Ritalin and Adderall are typically prescribed to treat attention deficit disorder and attention deficit hyperactivity disorder in children and adults. Of 1,400 adults surveyed on the subject, 20% conceded to taking Ritalin, Modafinil, or beta-blockers to help with memory, concentration, focus, and overall cognitive ability. Researchers and university professors are well aware of the perceived benefits of healthy people taking these types of drugs.

One Cambridge University professor noted, “Studies have found that enhancers like Modafinil brought improvements in complex planning and problem-solving tasks, namely the executive functions in the front part of the brain.”

She continued, “Modafinil has also been shown to improve memory functions and Ritalin has been shown to specifically improve working memory.” Although to this point it has not been pinpointed as to exactly how the drug acts in the brain to boost overall cognition.

But What About Modafinil vs. Caffeine?

As more comes to light on the effects of smart drugs, their increased use is not a surprise. The promises these drugs offer, including increased alertness and overall efficiency, are very appealing and appear to have no downside. Even incremental improvements in terms of memory could make the difference between a passing score and a score that does not pass, or take a student to the next level, making them stand out among their peers.

Of course, if achievement is thought to be because of, even in small part, to the use of smart drugs like Modafinil, the pressure to keep using the drugs will continue to mount. The question then must be asked, are the drugs really the reason for improvement or can the cognitive enhancements be attributed to some kind of placebo effect? In that same vein, isn’t caffeine supposed to have the same payoff?

Modafinil detractors are quick to point out the similarities between the drug’s effects and those of caffeine. In addition, it is often noted that physical exercise produces similar cognitive outcomes and brain activity as well. While the effects of Modafinil are not entirely in question, the message is clear – taking smart pills does not change a person’s IQ overnight.

As noted earlier, the long term effects of smart drugs are not definitive. To this point, no clinical trials have been published, partly due to the fact that many drugs that could be classified as smart drugs or cognitive enhancers are taken for other ailments. Too many variables exist within the current data, even with studies focused on Ritalin or Adderall, which have been around much longer than Modafinil.

The availability of these drugs presents another set of problems. For one, doctors or other medical professionals are not the individuals prescribing smart drugs. As of this writing, pills like Modafinil are only available on the internet. Students and professionals using other prescription stimulants as neuroenhancers are usually not prescribed these drugs either. They are often acquired through private deals, which is actually illegal in the United States as Ritalin and Adderall are considered controlled substances.

Since smart drugs are only available online, it is nearly impossible to get an accurate number on active users. United Kingdom-based charity DrugScope cautions that purchasing and using pills from the internet carries an inherent set of risks. A spokesperson from the organization noted, “You can never be fully aware of what you are buying, you can’t know what’s in them or what adverse reactions they might cause or how they fit with other drugs you might be taking.”

Another concern of Modafinil and smart drug use is a dependency that comes with regular use. Modafinil in particular, is not thought to be an addictive substance on its own; however, positive effects of taking the pill can certainly result in wanting to feel “limitless” at all times, and subsequently, lead to increased use. This sentiment is echoed by DrugScope, who is quick to note that any drug used on a regular basis can lead to reliance and possibly addiction.

In the same vein, numerous questions must be asked concerning smart drug use in the academic realm. First, who, if anyone, should have a say in smart drug use? Is it up to the individual universities to test for and monitor use? Should the government intervene? Or is this something that should not be regulated at all?

A Cambridge Professor weighed in on the subject; “The government should consider the harms of cognitive enhancers and address them. Universities need policies on the use of these drugs, guidance on what is acceptable and what is not.”

Until there is some sort of ruling on smart drugs like Modafinil, the environment will continue to be like the American Wild West – i.e. no rules, no regulations, basically anything goes. There are two definitive sides on the issue of smart drug use; those who have no problem with their use at all and liken using cognitive enhancers to drinking coffee. On the other side of the fence are those who oppose smart drug use in any capacity, citing a number of reasons for this stance. First and foremost, they cite the fact that in reality, smart pills like Modafinil are drugs and society as a whole does not need to become more drug dependent. Additionally, there is not any credible long-term research on smart drugs at this point in time, and young people and adults alike should not risk potential long-term effects for short-term benefit.

What Does It All Mean?

Ultimately, the jury is still out on Modafinil and other smart drugs. Those who have used the pill swear by the effects and claim that only good comes from use. Detractors warn of the perils of the unknown and decry the often times a suspicious manner of obtaining the drugs. The opposing sides of the argument leave smart pills in a period of limbo. No action can be taken by either side until more research is conducted and data is available to analyze. That means those who are currently using smart drugs will likely continue with no recourse coming from their use, and those who oppose the practice will continue to warn of potential negative Modafinil side effects.

One thing is for certain; brain power that, as the movie suggests, is limitless is something that man will continue to strive for until it is reality. As the movie Limitless demonstrates, it will always be a matter of risk versus reward, and will undoubtedly be complicated.